“A boy becomes a man when he masters the art of discipline.”

Who is Tristan Tate?

Tristan Tate is what we call a Top G, he is an ex European kickboxing champion, a philanthropist and a gentleman.

He is also an excellent business and family man.

We could almost say that Tate is the real life James Bond.

He is also Andrew Tate brother, the famous internet celebrity. 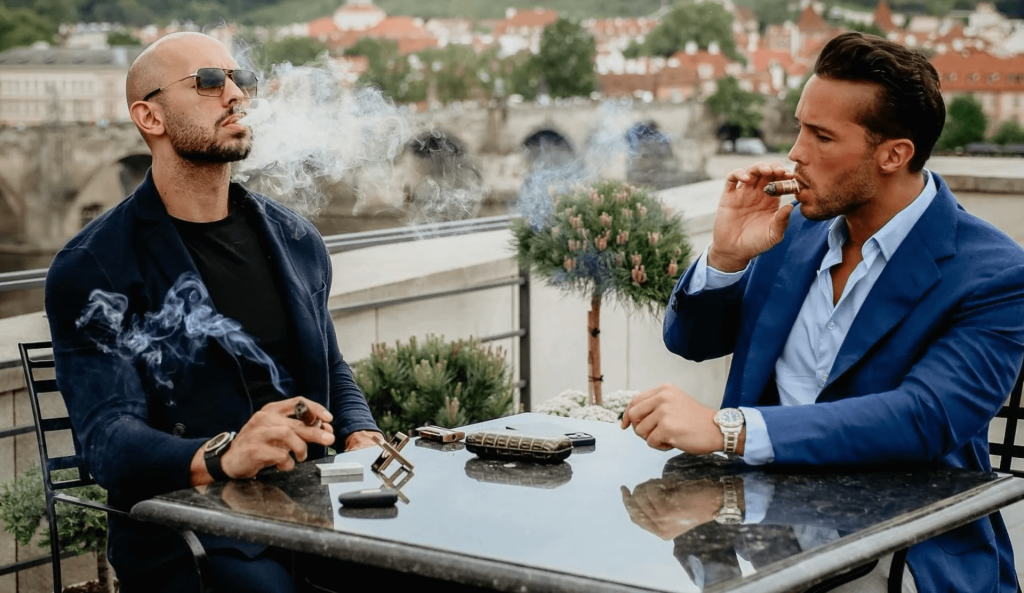 Tristan Tate, like his brother Cobra Tate, is an extremely intelligent person.

Not really surprising when we know he is the son of the Chess Grandmaster Emory Tate himself. The Tates have spoken several times about the positive impact their father had on them.

Even though he is more private about it, he has also a sister named Janine Tate.

One of the first things Tristan did when he became rich is retire his mother to show how much he appreciates her.

For him, family is extremely important. 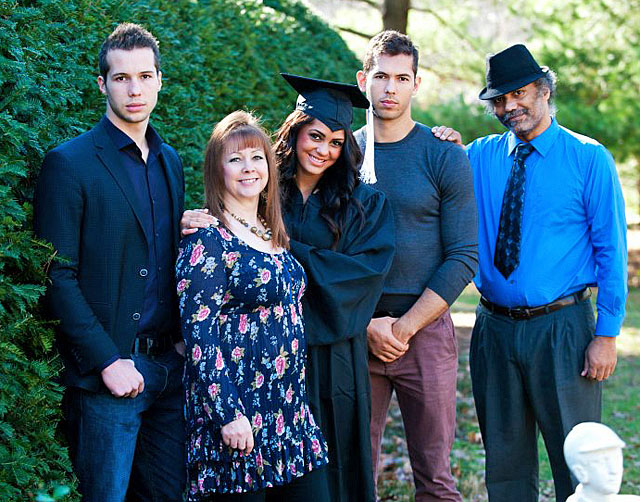 Seeing the two brothers, you probably asked yourself, who’s older Andrew or Tristan Tate? Or are they twins?

Despite being taller and more muscular than cobratate, Tristan is the youngest of the Tate brothers. Though, there are only a couple of years difference between them.

The most spectacular thing between Tate brothers is the bound they have. Andrew and Tristan Tate share everything: houses, cars, businesses, finances, etc…

In fact, they said multiple times that they would not be where they are without each other.

A bound like this is simply beautiful, and every brothers should aspire to be close like them. 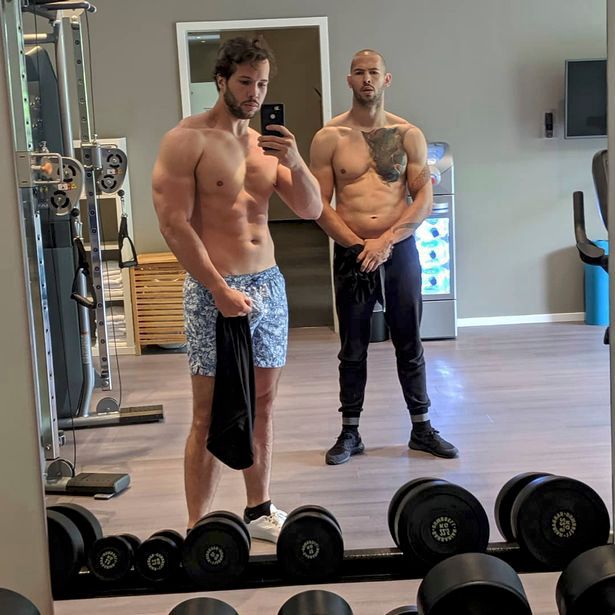 What is Tristan Tate age?

What is Tristan Tate height?

He is huge, especially if you take into consideration his weight, which is 235 pounds – 105 kg of pure muscle.

What are his character traits?

He is a really funny guy and he enjoys life to its fullest.

His favorite activity is to prank his cousin Luc. You can see him roasting Luc a good amount of times in the Tate Confidential series.

When we say he is a gentleman, we don’t say that lightly, he his literally living his life like a James Bond movie. He even has an Aston Martin just like him.

All women around Tristan describe him as an extremely well mannered and respectful man.

You will never see this millionaire playboy outside without a custom tailored suit, a Cuban cigar and a whisky (probably older than you).

Speaking of booze, nobody can beat him at drinking games, he is just built different.

Fun fact: even though this man has all the super cars anyone can dream of, including a Bugatti, the one he enjoys the most is an old red Lada. 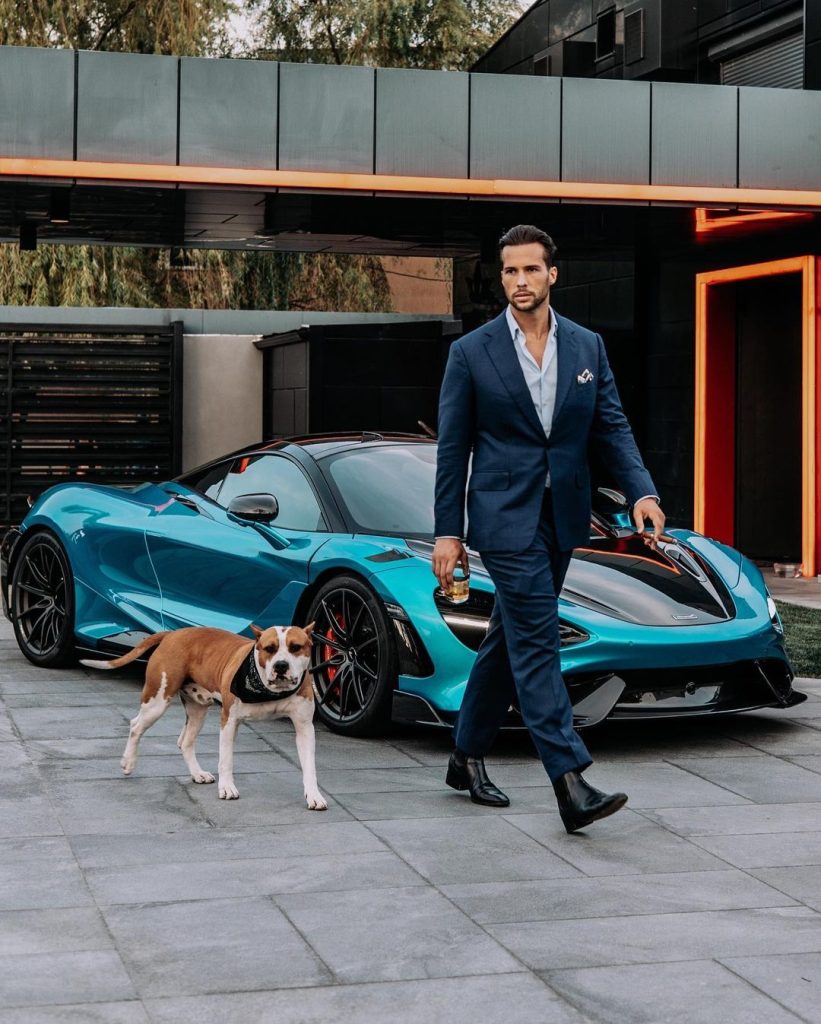 As the brothers share everything, including finances, it is more appropriate to ask what is Tate brothers net worth.

Andrew and Tristan Tate net worth in 2022 exceeds 500 million dollars.

Pretty inspiring when you know they started from absolute zero and grew up on a council estate in Luton, England.

“Being poor, weak and broke is your fault. The only person who can make you rich and strong is you. Build yourself.”

A moving story Tristan likes to tell is why they always eat KFC food when it’s Tristan’s birthday.

At one point in their life, they were so poor they could not afford proper food to sustain their hard training sessions before kickboxing fights.

So Tristan used to drive to the Dunstable KFC restaurant and wait in his car, hoping that people he was spying on would not eat the entire bucket of chicken they ordered.

When people finished eating, he was checking the buckets and collected the leftovers.

When he had enough pieces of chicken, about 30-40, he drove all the way back to their appartement, where Andrew had prepared the rice to go with the chicken.

Then, when they were done eating, they were freezing the surplus for future meals.

When there was no frozen chicken left, they would rinse and repeat. 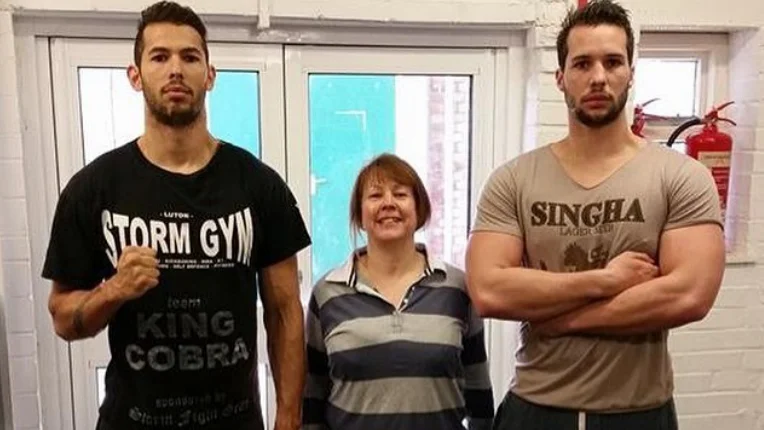 We don’t know the exact story, but at some point in the past, the Tates got in trouble and owed a lot of money to very dangerous guys in Europe.

They started to think really hard on how they could pay this money back before getting into serious trouble.

After some thinking, they got the idea to start a cam business with all the female friends they knew that wanted to make money too.

The business showed great potential from the beginning, so they decided to invest all their time, efforts and money on it and it paid off big time.

Only a few years later, they were already millionaires and planning to take over the world. Which leads us to the second phase:

Hustlers University, The War Room and The Real World

This is when things started to get really serious for the Tate brothers.

They thought, being rich is cool and all, but what if we could help broke people to become like us and also make money in the process?

After all, they too were extremely broke and now they were millionaires, they knew exactly what it takes to become a millionaire.

So they first decided to create Hustlers University and The War Room.

Hustlers University (now called The Real World) was an online school designed to teach normal people how to make money online and break free from the matrix.

It was a huge success and the they had close to 200000 students with tons of positive testimonials at one point.

When Andrew Tate got banned though, Hustlers University shut down, as their bank, their payment processor and discord banned him too.

As Tristan says it, you need only two things to make it big:

That’s exactly what The War Room is, an exclusive network of powerful individuals that help each others and make big moves in the shadows.

The Real World is the new name of Hustlers University.

When Andrew got banned and HU shut down, the Tate brothers realized that they could not rely on centralized and traditional systems anymore.

They decided to rebuild everything (including their own bank and payment processor) but in a decentralized way and completely outside of the matrix influence.

The irony is that the Tates are stronger now than before the ban.

They are more popular than ever and they now have full control of their online learning platform.

The Real World has now the same number of students hustlers university got at its peak and can’t be shut down anymore.

“If you use the right information and know the right people, anything is possible. You too can change your life if you want it bad enough, believe in yourself and take massive actions.” 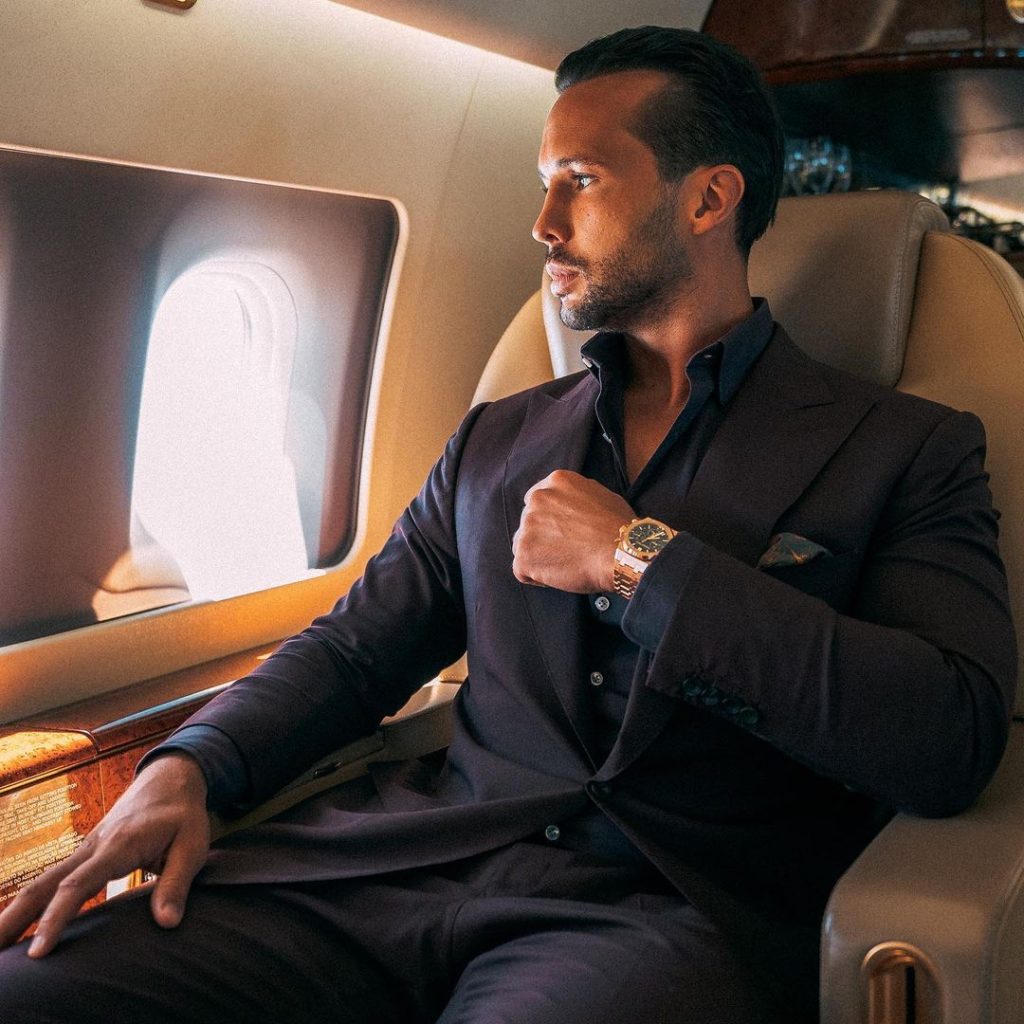 "Get so rich and famous that the biggest achievement of your exes becomes dating you."

Tristan has a huge following online.

You can find Tristan Tate on Instagram at @talismantate (which is his biggest platform), on Gettr, but also on Twitter where he recently started to tweet again.

If you want to continue watching videos of him, you can now find him and his brother on Rumble with their TateSpeech and Tate Confidential series.

You can also directly access him in The Real World or The War Room if you are a member of these communities.

Tristan is an ex European kickboxing champion and you better not mess with him.

There is a video on YouTube called “sitting on bugatti fight” where you can see 4 guys sitting on his Bugatti, which is a 5 million dollars car by the way, to take selfies.

Even though you can see in the video he is not hitting hard on purpose, he manages to beat up half of them effortlessly.

He had to stop his kickboxing career shortly after because of injuries. 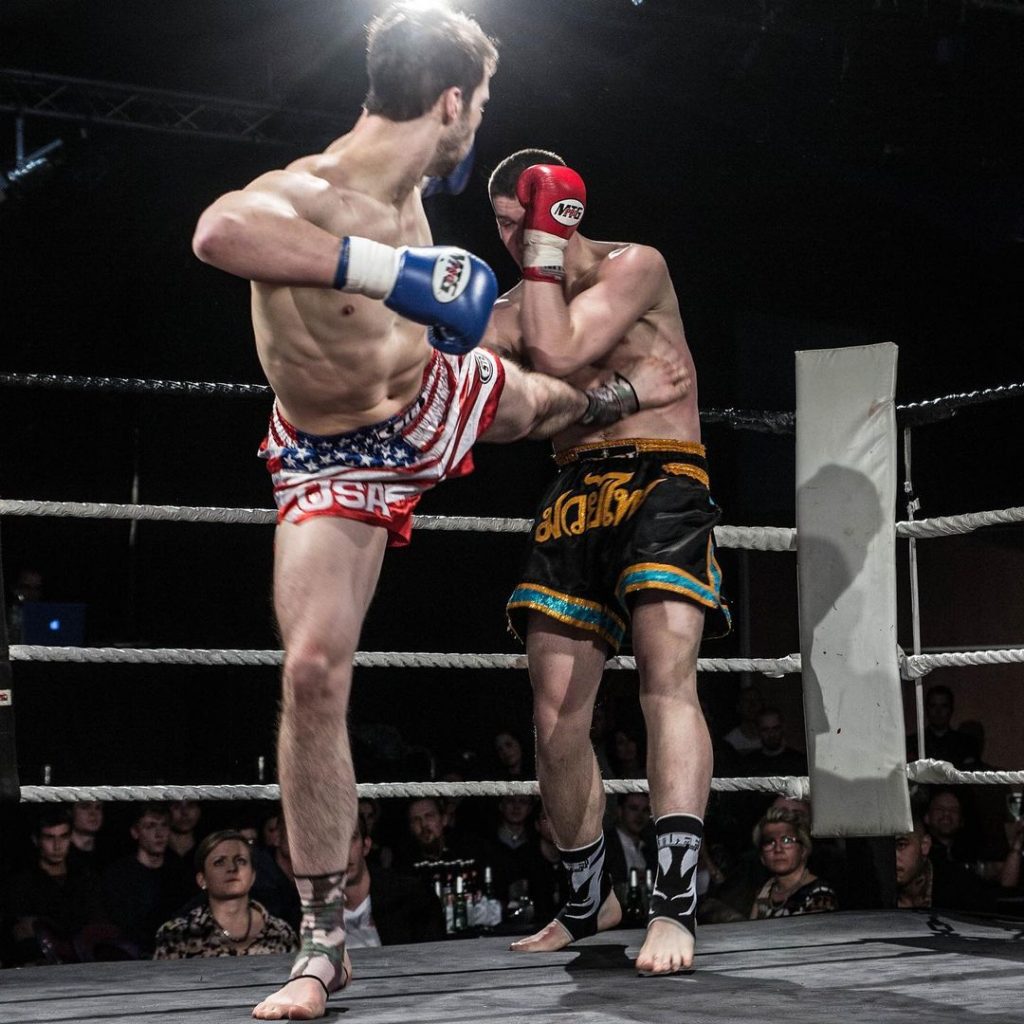 We don’t know much about Tristan Tate’s girlfriend.

In fact, he might have several ones at the same time as long as the girls are cool with it.

One story we know though is that Tristan used to date a famous journalist in Romania called Bianca Dragusanu.

We recently learned in Andrew Tate final speech video that Tristan Tate has a daughter, but we don’t know who is the mother.

We know one thing for sure, he will raise her to highest standards possible. 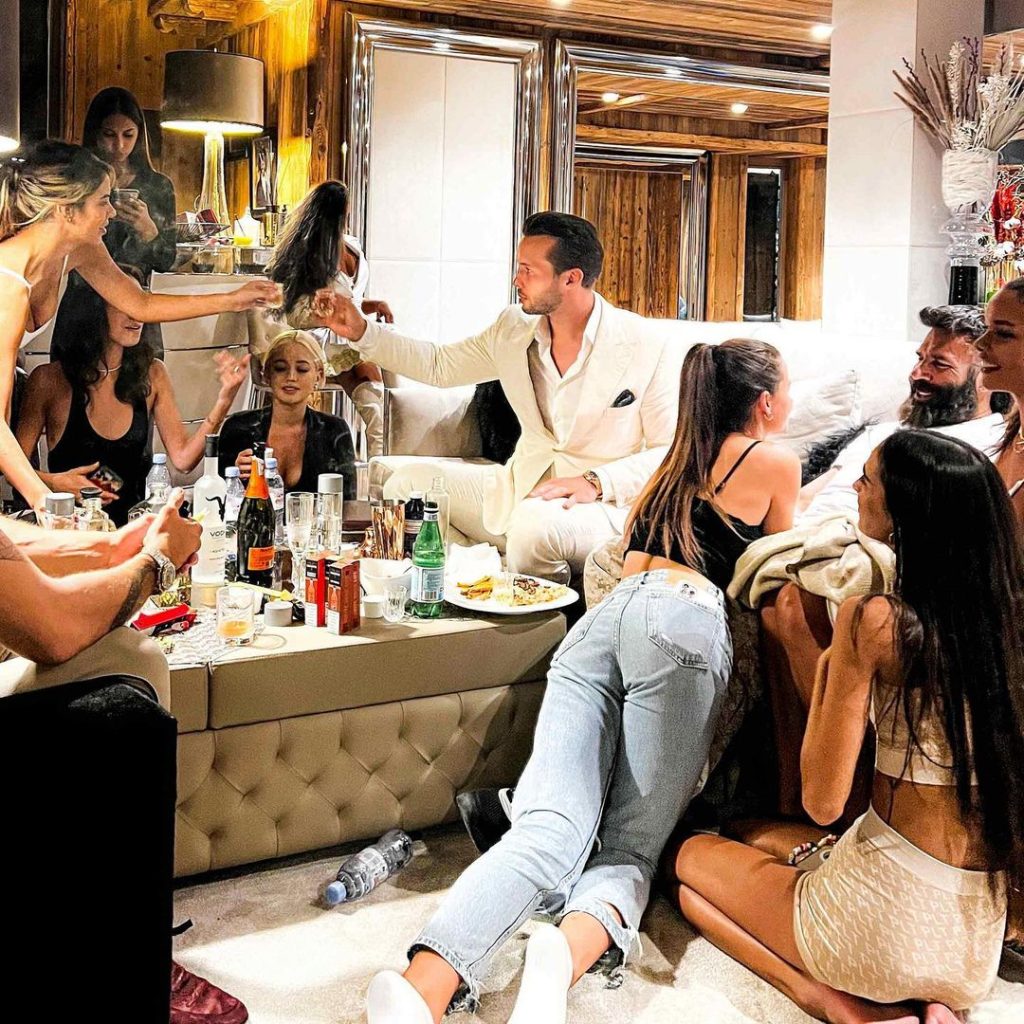